The time is A.D.2045.AI awoke and became self-aware.
This lead to the birth of new species with mechanical heart and body: The Android.
Humanity celebrated the birth of new life, and at the same time, feared.
It was not too long until they found out that the most mutual feeling they had was fear toward the Android.

The time is A.D.2045.Through fear, humanity gained control over the Androids and enslaved them.
Is the history repeating itself?
In the midst of chaos, "Overroid" has emerged spontaneously and freed the Androids.
Thus began the long war between the 2 species.... 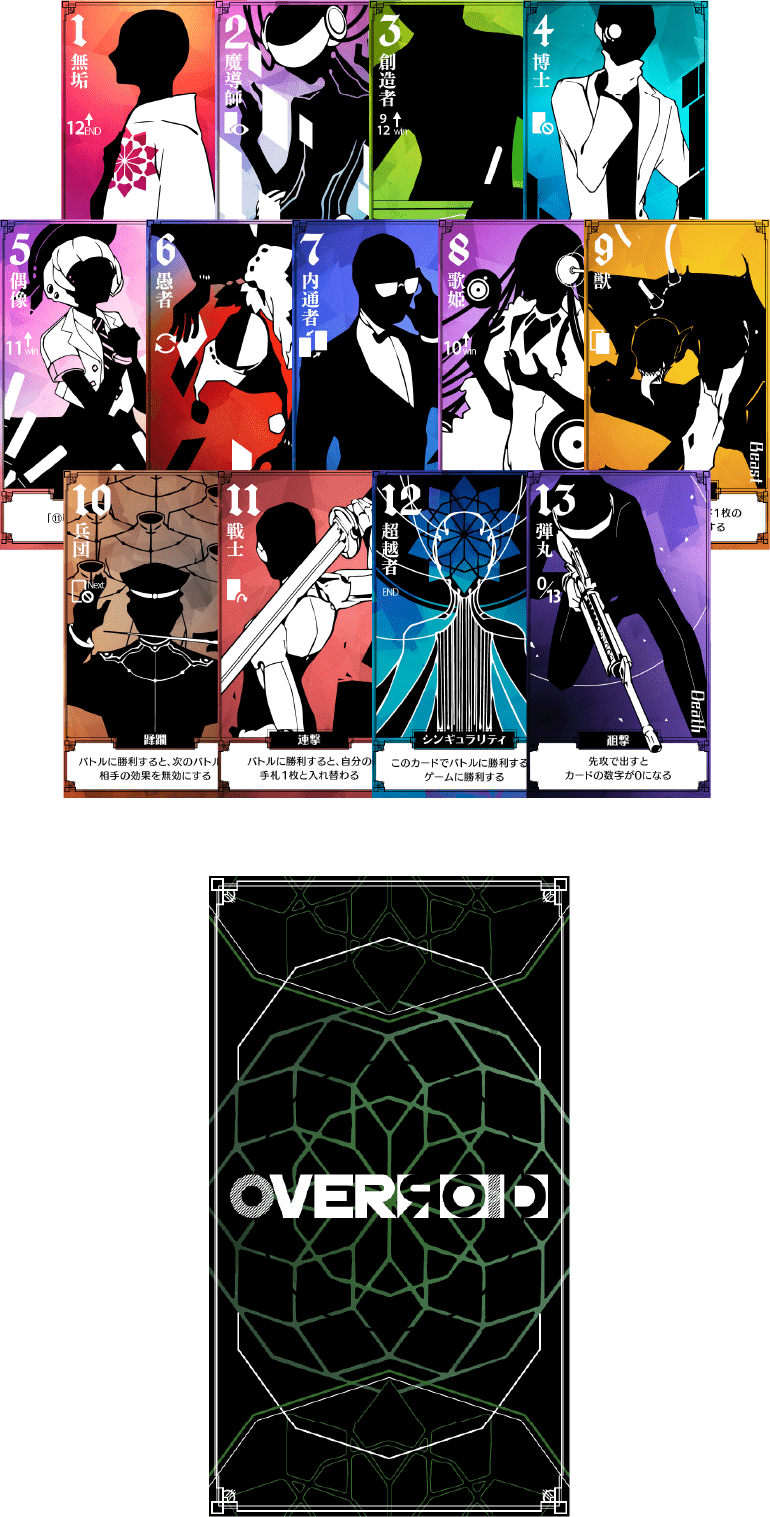 2
Players will draw 5 cards from the deck and put them into their hand.
*At this time, each player’s hand size should be 6.
The final card in the deck will be kept faced down and will not be used in the game.

3
Both Players will choose 1 card and place it in front of them facing down.
The order of the players to place the card is fixed:
For the First Battle, Player who is on "Android" side will place first. (Attacking Player)
At this time, "Humanity" side will be Defending Player.
*From the second Battle, "Humanity" will place first and after that, players will take turn.

4
Once both players finished placing their card, Battle begins by flipping them open.
The card with higher number will win the battle as a rule.
There are "Effect" on each cards that activates once flipped over.

5
Players battle 6 times and the player with most battle win is the winner of the game.
However, the game may end early if the battle was won by the Special effect of the cards like "12.Overroid" and "1.Innocence." 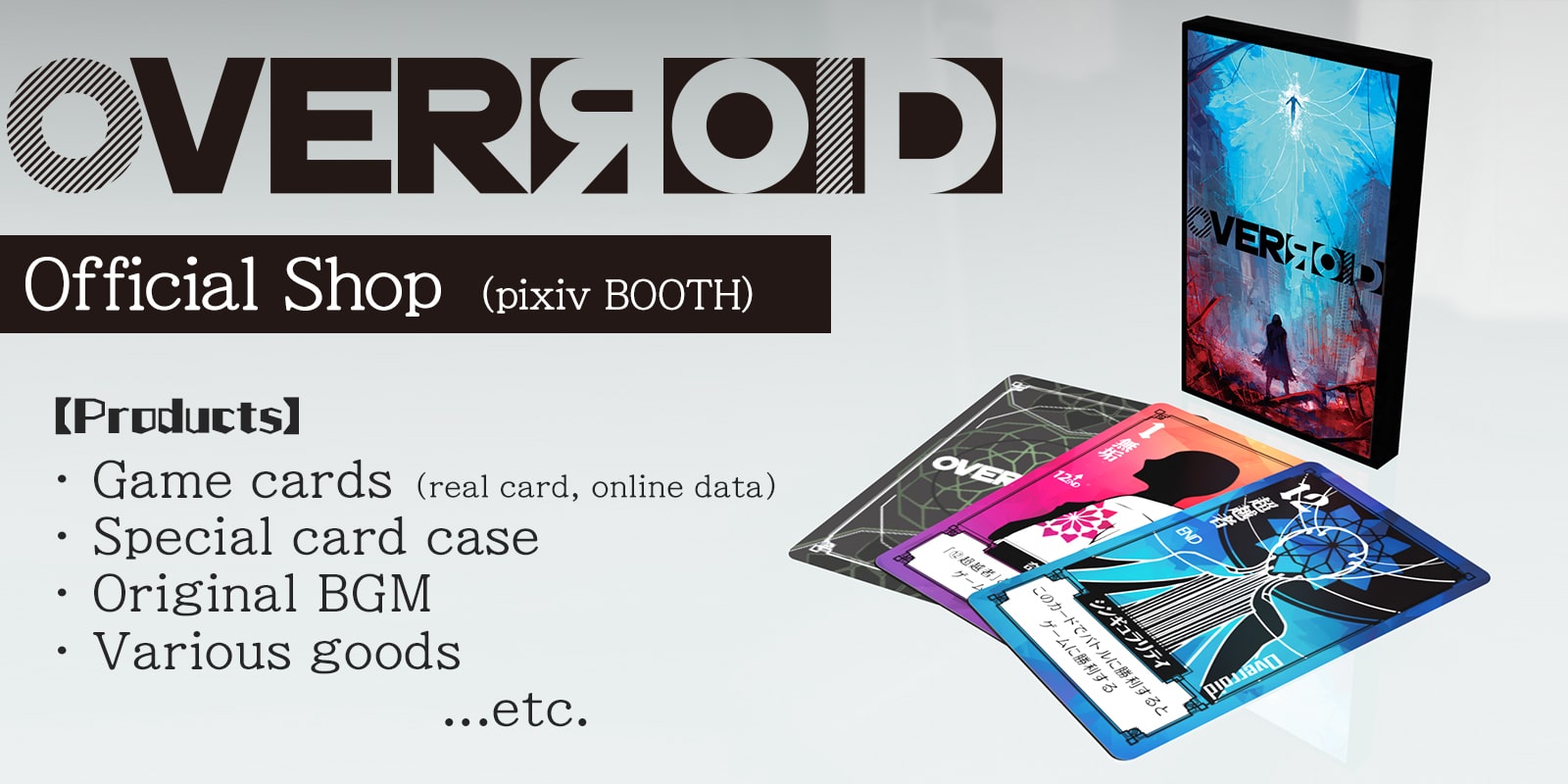